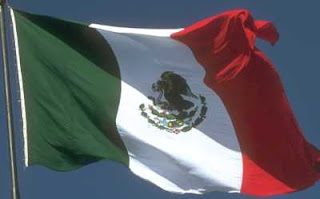 Since our last guest left on Sept 3rd, we have just spent time on the house, together and have mostly done nothing....and it felt great! It was wonderful showing our extended family and friends the Yucatan.In July we started out with Mette and family from Denmark...than close behind them came Mike from Denmark. Mette was the first girl exchange student we hosted and she has a special place in our hearts. She was only 15 when she spent her year with us. We have visited her in Denmark several times in the past years.


..
Just before Mette and family left, Mike arrived. He was our third student, but just a half year as he was moved from a bad situation in Kansas City. He also did his college internship for Carlos later on. So we've been close to Mike for years.

Several days later our German student Andre arrived with his family. He overlapped with Mike as when Mike came to intern with Carlos, Andre was our student......Full HOUSE! And let me tell you I've forgotten what it was like with so many teens!


And finally came Anne-Marie, back to finish her dental work. Not quite a vacation, but needed and way, way less money than the states!
Now Carlos is preparing to head for the states for three weeks, I'll keep the home fires burning here and we have no guests except perhaps in December. But the snowbird season is gearing up and friends that head North to US and Canada will be returning and the Merida season will be starting. Si it's time to sit back and get some of the projects planned done and out of the way!